Striving to excel in agriculture industry. Targeting the developmental programs in the

communities, focused on providing real solutions that will permanently assist the problems affecting the communities,

most specifically  the vulnerable groups in the society, Children, Youths, Women, Single Mothers and the Aged.

WHAT WE DO- ( AGRICULTURE )

Poverty and hunger are very challenging issues, but are solvable problems. Efficient agriculture is the first step toward healthy living, stability, and financial competence for any society. Kaddra-Farm Inc. is a 501(c)3 non-profit organization registered in New York, based in Staten Island and Sierra Leone (West Africa) respectively. Kaddra Farm Inc supports and invests in the sustainability and the improvement of living conditions, stability, health, education and economic growth in the rural population of four communities in Gbinle-Dixian chiefdom in Kambia District Sierra Leone West Africa.   We help farmers grow organic crops. We sell the products and feed the hungry in Sierra Leone as part of our agricultural charity.

Unlike other nonprofits, we are very transparent. We make our efforts known to our associates,donors, and investors. Additionally, we operate a thrift store to collect funding for people in need. Overall, our hardworking members are committed to providing high-quality goods and services. We are also creating a way for people to donate to those fighting Ebola, HIV/Aids, Malaria as to name a few.

EBOLA is an epidemic threatening the lives of the people in Africa (Sierra Leone). We cannot solve this problem alone. I am not talking about a small scale of people, but all of humanity needs to help to solve this crisis. Kaddra Farm is there to champion this challenge. We need your help and indeed we appreciate it.

MISSION ONE.( Inside of Us) 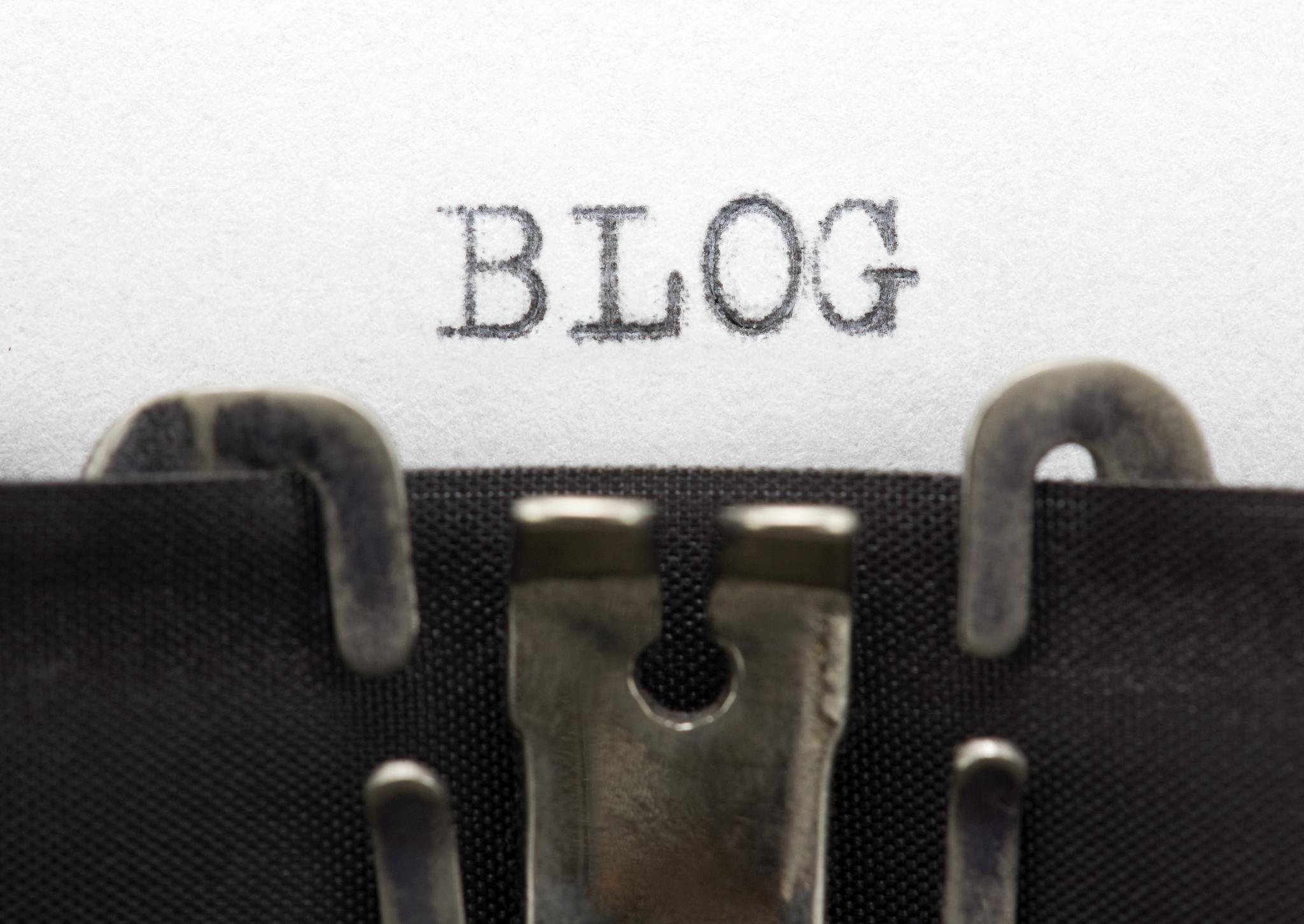 What Should I Blog About?

Kaddra-Farm Inc is a nonprofit organization with 501(c)3 tax exempt status. Our focus is to strengthen the spirit of the needy, especially families in disaster zones and impoverished countries such as Sierra Leone (West Africa), Haiti as to name a few.

Kaddra-Farm Inc. is headed by Amadu brima Kamara, the founder of the organization. Amadu is a native of Sierra Leone and an heir of a chief, in Kambia District, which is a highly regarded position within the society.  Amadu served as the accountant in the Ministry of Health (Sierra Leone Government- West Africa) for more than 15 years. While in the position, he maintained the fiscal responsibility of the department  and day-to-day management of financial operations. Prior to becoming president, he served as an assistant manager for Allies, Inc. New Jersey USA, for four years. During his tenure he was instrumental in assisting the company's expansion.

With established connections and relationships as well as a reputable professional career serving the people of Sierra Leone, Amadu aspires to establish a business that will touch and provide for the inhabitants of his homeland by giving back to communities in ways both measurable and immeasurable. Language barriers as well as cultural barriers to begin this project are eliminated due to his relationships and networks created and rooted within the Sierra Leonean culture.

Sophia N. Bassey, joined Kaddra-farm, in December 2009, She brings over five years of experience in business development serving as a key member on our senior leadership growth strategies team. Prior to joining Kaddra-farm, Inc. she operated an independent business as a consultant for women seeking to enrich their lives and also a coordinator of Mboho Mkparawa Ibibio (USA). Inc, whose mission is to promote culture through unity and youth empowerment

Prior joining the organization in the year 2014, He picked up appointment letter as Police Detective for the Sierra Leone Government and to date.﻿

Agriculture -NJILA University
Joined the organization in the 2014.﻿

Kaddra Farm Inc. is a non-profit humanitarian organization with 501(c)(3) tax exempt status. Our focus is to strengthen the spirit of the needy, especially families in disaster zones and impoverished countries such as Sierra Leone (West Africa), Haiti, to name a few.

We need your help and indeed we appreciate your support and contributions towards making charitable donations to our cause,  to feed, clothe, and shelter the less fortunate in that country.

What do we collect?
As you clean out your closets, please remember to support the needy and homeless. Help clothe/feed God's children and adults. We accept all gently used clean items such as:

Our volunteer support team is ready to come over and help to collect unwanted household items at your convenience. Kaddra organization is responsible for the distribution of donated material from donors to the needy nations. . If you're looking to donate any of the items stated above, we are happy to make arrangements with you to have the items shipped to our warehouse or a project site in Sierra Leone, or we can pick them up from your location. You may also bring them to us if you are local.

If you want to donate time to our cause, we are always looking for volunteers. Prospective volunteers and sponsors should call us to learn more. Before you are allowed to assist us, we will perform about a background check on you and interview you. We want everyone on our team to be passionate about our cause and physically able to assist with the work involved.

As a volunteer, we require your assistance a few hours per month. If you are interested, we are happy to let you assist with projects in Sierra Leone.

Kaddra-Farm Inc also accepts monetary contributions. To send us funding,  options,1.You may mail your donation to ( Kaddra Farm Inc. 80 Saint Josephs Ave 1, Staten Island New York 10302, or to the Website. bank statement, or through our monthly membership. Once received, we give you a receipt of your donation. Donations are tax deductible. If your contribution exceeds $250.00 please provide us with your name, mailing address and occupation

We thank you so much for your support.

SUPPORT FOR THE NEEDY

GIVE TO THE NEEDY

Kaddra Farm Inc., is a 501(c)(3) non-profit organization that supports and invests in the sustainability and the improvement of living conditions, stability, health, education and economic growth in the rural population of four communities in Gbinle-Dixian chiefdom in Kambia District Sierra Leone West Africa.  The organization would operate first in Kambia District, which has seven Chiefdoms (Magbama, Mambolo, Samu, Gbinle-dixing, Masungbala, Tonkolimba and Brima) respectively. Our focus is on agricultural activities and also be responsible for the distribution of its donated material from the Donors to the consumers of recipients. Kaddra Farm Inc. would ship donated material by container to Free Town (Sierra Leone). Kaddra Farm operations would expand as resources permit.

Farming in most parts of Sierra Leone is for subsistence in which food crops such as Rice, Yams, Cassava and Groundnuts are grown for food. Farmers ofen grow these crops through mixed cropping. Kaddra farm Inc plans to organize groups of farmers in the communities with the aim of helping them to use Hybrid crops so that they can produce more both for food and for sale.

1). Rice cultivation  in the country is usually carried out by family members who include women, youth, children and male adults (who under normal circumstances are heads of the families).  In general about 70% of the families in all four communities are involved in subsistence farming.  Kaddra organization organized youths and started up with a mixed cropping farming in four communities in kambia district. These activities are carried out in all four communities. Kaddra Farm provided two bushels of seed rice and a set of tools for each family as a start-up.At harvest time a bushel will be collected from the first year beneficiaries   Kaddra will serve as a seed bank to support community development under the supervision of The Ward Committees.

2). Groundnut Cultivation: - While rice cultivation will target families, Groundnut cultivation will target women only.  Groundnut is both a cash and subsistence crop.  As such this project will not only contribute to the daily feeding, but to the general well-being of the homes as well.  The first year plan will be to provide each female with a bushel of Groundnuts and a set of tools.  The beneficiaries will be encouraged to contribute at least 50% of what they received to a seed bank.  This will then be distributed, including tools to be purchased, the following year.  At the end of the season the second group will be asked to follow the same contribution plan.

3). Cassava Cultivation - This will target youth (male & female).  Cassava is the second food crop to rice and is mostly used during the hunger period ( July-September).  A total of 239 youth will be targeted

Kaddra-Farm ’s work is supported by generous private contributions from corporations, foundations, and individuals. Therefore, our deepest thanks go to all our fiscal year 2017 donors, and also thanking you in advance for your continued support.

As a 501(c)(3) designated organization, Kaddra farm Inc strives for the highest levels of accountability and transparency. If you have any questions or comments, please contact us.

The ultimate goal of the organization is to develop and sustain strong farming communities in Sierra Leone who would be taught micro economics  in hybrid rice production and much more. These approaches would unite farming families and communities, providing skills that would maximize the ways in which they farm their lands.

Groundnut is both a cash and subsistence crop.  As such this project will not only contribute to the daily feeding, but to the general well-being of the homes as well.  The first year plan will be to provide each female with a bushel of Groundnuts and a set of tools . A loan to help farmers as a boost,

I recently got accepted to this beautiful crowd funding sie called "GOLBAL GIVING". It is a great opportunity or a best way to raise money that would strengthen my mission and to…

Are you interested in learning more about what we have to offer you? We are more than happy to provide additional information about our services. For service information, or any other questions you have, contact us through the form below.

Please be sure to include your name, email, phone, and the specific subject in question. You will receive a confirmation after submitting the form, and we will respond as quickly as possible for your satisfaction.

We look forward to hearing from you. Contact us by phone, email, or the form below today!